Salento is a perfect place for your vacation all the year around!
Tourism in Puglia is growing faster than ever and especially Salento, the south of Puglia, is the most popular and fascinating travel destination in the region.
Geographically speaking, Salento is the southeasternmost part of Italy on the Adriatic coast, often described as the “pencil heel” of Italian boot-shaped peninsula.The sub-peninsula of Salento is also widely acclaimed, with its beautiful seas, tasty local cuisine and rich history as well as unique folklore culture, as one of the very few remaining untouched, once overlooked, paradises in Italy.
Salento is that part of Italian territory where the West meets the East, the melting point between the ancient civilizations of the Mediterranean; a land to be discovered, kissed by the sun and by the crystalline sea. 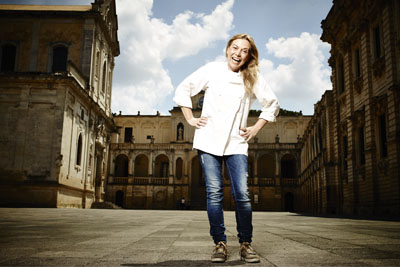 Lecce, the heart of Salento, is the baroque masterpiece of southern Italy. Sometimes it described as the ‘Florence of the South’. It is located in the Puglia region, down into the heel of the boot of Italy, surrounded by attractive countryside, beautiful coastline and small villages.
City of poets, artists and talented craftsmen, Lecce is a magical place that seems more and more on the luxury travelers itineraries.
Lecce is most beautiful at sunset when the old buildings, made with our local stone Pietra Leccese, take on a warm golden yellow color. Where baroque architecture meets the white color of the stone, giving the city a magical face and always different each time.
The best moment to explore and discover Lecce is at dawn, when the city is deserted and you can walk undisturbed throughout the streets, gazing upon its ancients alleys and baroque buildings.

It is a different Italy, and this is particularly evident in the architecture, food, olive oil, wine, nearby beaches and the life that flows like a slow motion. His reputation is growing in the world with its sense of place and refinement.

Lecce’s history goes back a long way – you can still see ruins of a Roman theatre and amphitheatre – but the period which led to town’s current fame was the 17th century. A period of prosperity led to grand developments and the wholesale construction of palaces and churches. These buildings adapted the fashionable Baroque style to the soft local stone, with decorations and cherubs extravagantly covering facades and doorways. This local style is known as barocco Leccese (‘Lecce Baroque’). 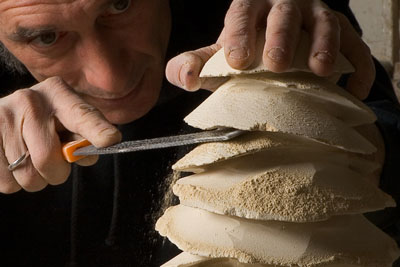 Characterize the city, more than anywhere else in the whole Salento, two in particular craft activities, which have their roots far back in time and which is still continuing production systems used for centuries: the production of paper mache artifacts and those of local stone. Some people rightly ascribes this craft among the minor arts.
You can not mention Lecce without thinking of his original production paper mache a poor art, which has witnessed an extraordinary development after the eighteenth century.
This art is rooted and has spread to the Counter-Reformation when, to strengthen the religious sentiment, the Church required an abundant production of statues and figures that immediately represented the mysteries of faith by outward appearance and expression of feelings very close to reality.

The techniques used today are still the traditional ones, taken in the craft shops that abound in the historic center.
In the heart of the city you will encounter different workshops of the stonemasons, who continue the tradition that we see manifested on the facades of churches and who have made the city known as the “lady of the Baroque”. The stone of Lecce, a ductile and homogeneous limestone, still inspires the work of many artists-artisans who engage in work items of furniture, giving life now, and the original and innovative forms now anchored in tradition.