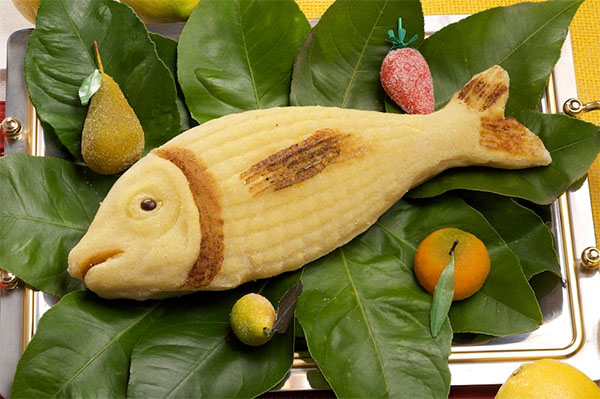 Easter is one of the main Christian festivals in Italy and is experienced as the first important Festival after the winter. For Italians, Pasqua is the biggest food feast of spring.
Pasqua in Italy is one of the most festive ways to shake off the gray, cold and wet winter days.
While it is true that Easter is spent with friends, it still remains an equally strong tradition to spend the days of Easter as a family, with the huge Easter lunch with lamb and colomba. Easter continues even on Monday as it is tradition for everyone to get out of the house either for a day trip or a picnic in the park.

Salento is a land full of religious traditions and many of the most striking are those that accompany the period of the Holy Week.

Easter represents one of the best periods to live this joyful and religious atmosphere in Lecce.
Like all holidays in Italy, Easter, Pasqua has its share of rituals and traditions.
In Apulia Solemn religious processions are held in many towns on the Friday before Easter. Many churches have special statues of the Virgin and Jesus that play a big part in the processions. The statues may be paraded through the city or displayed in the main square. Parade participants are often dressed in traditional ancient costumes.
Since Easter is the end of the Lent season, food plays a big part in the celebrations.
Traditional Easter foods include lamb, and special Easter breads and sweets.

The traditional Easter dish is definitely lamb, every region in Italy has their own recipe. As a sacred symbol of Easter, lamb is served and accompanied by various spring-inspired side dishes, such as potatoes, peas, artichokes according to produce availability and your preferences.

The sweet lamb made with almond paste is the dessert that never fails on the salting tables on Easter Day. The lamb, in Christian symbolism, represents the sacrifice of Christ and, therefore, this cake is deep religious roots. The almond paste is still produced and packaged by the cloistered nuns of the Benedictine monastery of St. John the Evangelist in Lecce least the late nineteenth century. For this dessert a long time was called “sweet for lords” for its delicacy and the high cost.

Easter Monday, or “Lunedì Dell’Angelo” is the day dedicated to a trip out of town, in contact with nature and the sea. it is traditional to prepare dishes like the “pasta al forno” and many focacce to spend a day in harmony with friends and family.

And finally Lu Riu, ancient tradition of the citizens of Lecce to spend the day around the city, in parks or in the countryside, the day after Easter Monday. The tradition seems to come from the veneration of the Madonna of Loreto, whose dialect (of Aurio, of Auriu) has been transformed until becoming Lu Riu. Every year the pilgrims reached the church of Our Lady, built in the eleventh century, set in the countryside, north of the city. On arrival at destination they were eaten meals brought from home. So today, on this day we make a picnic lunch, Salento style!

On this trip, during your stay in Lecce, Gianna will reveal tales and traditional recipes that will make you enjoy the true value and taste of the Salento Easter tradition, at the table!